Sue Mills began her career at NC State University with Extension Forest Resources as a Typist III in 1973. In 1980, Sue moved to the Department of Extension Sociology and Anthropology, where she was a Secretary IV for 3 years. From 1983 until her retirement, she served as the Administrative Assistant for County Operations.

Sue was an outgoing person and never met a stranger. She loved NC State, the Cooperative Extension Service, and the people that we serve across the state. She was an integral and valuable part of County Operations and its mission to support our County Extension Centers statewide. Sue possessed great organizational skills and believed in the abilities of her co-workers across the state. She was known for her “take charge” ability and if she didn’t know an answer to a question, she knew who did. 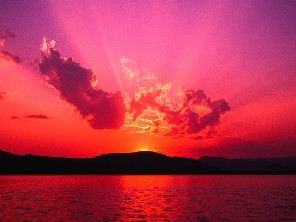 The beach was a favorite place to visit and she enjoyed her vacation home along the Pamlico River. She loved to collect lighthouses, and they were a prominent theme in her home, her office, and at her retirement celebration.

Sue received the Award for Excellence from NC State University in 1999 and the NCCESA Executive Board Award in 1994. She was also recognized in “We Salute” during 1993.

Sue’s death in 2001 created a void for those that knew and loved her that will never be filled. It is our desire that this award keep her memory and her spirit with us always and that it serve as an inspiration to our members.

This award is made possible from memorial gifts given in memory of Sue A Mills. Her family, knowing her love for our organization, designated North Carolina Cooperative Extension Secretaries Association as the recipient of these gifts.